Despite losing to Argentina 4-2 in the penalty shootout during the FIFA finals, France’s World Cup team received a warm welcome after returning to the country.

FIFA World Cup 2022 in Qatar is over, and Argentina has hogged the glory. However, that does not negate the fight that France and Kylian Mbappe put up against the team.

The team’s valiant efforts were rewarded after the squad returned to the country. The French supporters gathered in central Paris to welcome the team. Place de la Concorde was filled with fans as the team was driven straight to the square as soon as they touched the ground.

The 24 members of the World Cup team witnessed the dramatic greeting from the balcony of the Crillon Hotel. Marcus Thuram stated that the gesture is amazing and that it touches the hearts of everyone.

The team is delighted to have made so many fans happy and proud. Thuram added that every player wanted to see the fans after returning because it was the least the team could have done to thank them.

Hugo Lloris, the French captain, also talked about greeting the fans and thanking them for their support. The goalkeeper stated that the support was delightful, especially for players seeking some consolation.

Amelie Oudea-Castera, the Sports Minister, earlier notified the fans that the team would be visiting the location. However, the news was quickly contradicted by the Football Federation President in France. However, the players did end up showing, treating the fans with great delight.

As for the match, France struggled in the first half, trying to recover from the two goals conceded. Kylian Mbappe provided the team with respite, scoring two goals within a minute in the 80th and 81st minutes.

The game went into extra time, where both teams scored a goal each, activating the penalty shootout. While both teams seemed on par, goalkeeper Martinez’s efforts helped Argentina land a 4-2 win.

How to Determine What Kind of Driver You are 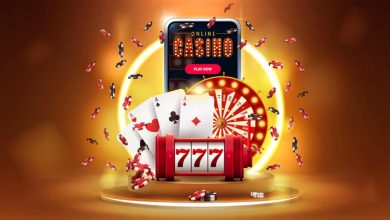 How to Play Online Blackjack